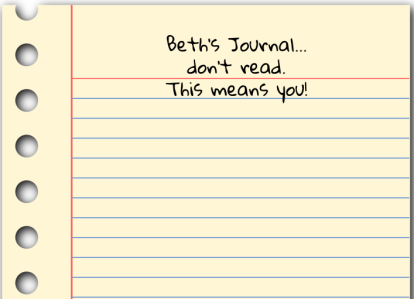 So, I could have written this on my own at home last night, but I just *had to* save it up for my classroom journal.

I was coming out the front doors and there she was marching past me and straight to the office.

When she came back out, she was putting on one of the yard duty’s yellow vests and she had a whistle hanging out of her mouth and she was heavy-duty glaring straight ahead.

She stepped right in front of a big blue SUV, turned and faced it with her hand held up, and blew her whistle.

Then she waved kids toward her. They were frozen. She told them to move along, that it was safe. I kind of think the kids would rather have stepped in front of the SUV than to disobey her, so across they went, including a couple of kids who didn’t even plan to cross.

This went on for ten straight minutes.

One of the moms actually honked her horn at Ms. Page. I wanted to cover my eyes, but I just couldn’t.

Ms. Page blew the whistle even louder and raised her arm even higher. I saw the mom cover her face and look downward.

Ms. Page yelled, “Put your phone down and pay attention!” at another parent.

And I heard her saying something to herself about ‘not part of the solution…part of the problem’.

It was all over in about ten minutes.

When the last car pulled away…slowly!…the few remaining moms and dads walking their kids home applauded Ms. Page, who by that time looked a little bedraggled [one of our vocab words of the week!] and embarrassed on her way back to the office.

2 thoughts on “The Next Page: Beth’s Journal–Ms. Page fritzes out”

This site uses Akismet to reduce spam. Learn how your comment data is processed.